Edit
This Fandom wiki is currently inactive. You can adopt this wiki and revive it. 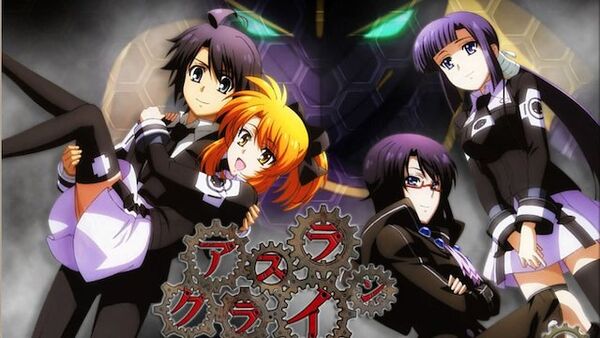 Kanade Takatsuki is the female demon that made a contract with Tomoharu. She is a fire-wielding demon and thus their daughter is a fire breathing owl. In the last battle between Tokiya and Tomo, Tokiya gets his contracted demon to lend him her magic power, therefore, creating Blizzard Hagane. Tomo gets Kanade to lend him her power, therefore, creating Blazing Kurogane-Kai. At the end of the series, it shows Misao and Kanade holding out their hands to Tomo saying who would he choose. Tomo can't decide so they run off to school.

Asura Cryinis a light novel series by Gakuto Mikumo, with illustrations by Nao Watanuki. The novel series began on July 10, 2005, and ended on November 10, 2009, with thirteen volumes in total published by ASCII Media Works under their Dengeki Bunko imprint. A manga adaptation by Ryō Akizuki started serialization in ASCII Media Works' shōnen manga magazine Dengeki Daioh on September 27, 2008. An anime adaptation began airing in Japan in April 2009. Asura Cryin is a semi-serious school action story revolving around the main protagonist, Tomoharu Natsume. He is haunted by his childhood friend, Misao Minakami, who became a ghost ever since he barely survived an airplane accident three years earlier. Tomoharu Natsume takes the opportunity to live on his own when he enters high school in his new place of residence, Meiou-tei, and starts enjoying his carefree high school life. His life changed when a beautiful girl named Kurosaki Shuri appears with a trunk which she claimed Tomoharu's brother, Naotaka Natsume, asked her to deliver to him. The presence of the trunk causes the appearance of Takatsuki Kanade, a girl dressed like a shrine maiden who is after the trunk. Tomoharu is in possession of the trunk, which reveals secrets about the world they live in.

Try to get the most points from badges.

So guys of the wiki

I have succesfully adopted the wiki so if you need anything at all please give me a bell.

Hey guys. Im going to make this blog as daily as possible for you.

So in todays blog im going to talk about the future for the wikia. Im hoping ill adopt this wiki so I can do so much more but I need …

Not sure where to start?

Community content is available under CC-BY-SA unless otherwise noted.